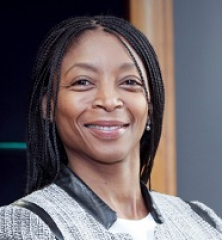 Nonkululeko Nyembezi is the Chairman of the BLSA board of directors and current Chief Executive Officer of Ichor Coal N.V., an international mining company focusing on thermal coal production in South Africa. The company owns and operates its own coal resources with customers in South Africa and beyond. In addition, Ichor Coal holds minority positions in other coal mining companies.

Prior to that, she served as the Chief Officer of Mergers & Acquisitions for the Vodacom Group and before that, Chief Executive Officer of Alliance Capital, then local subsidiary of a New York based global investment management company.

Ms Nyembezi has served as an independent non-executive director on numerous boards in both the public and private sectors. She currently serves as non-executive chairman of Alexander Forbes Group Holdings Limited, the JSE and Macsteel Service Centres SA (Pty) Limited.