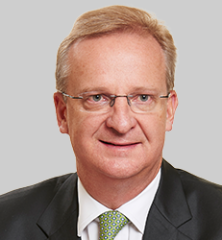 Mike Brown is the Chief Executive Officer of Nedbank since March 2010. He joined the Business Leadership South Africa (BLSA) board of directors in July 2019.

Before his appointment to the position of CEO at Nedbank, Brown was the company’s Chief Financial Officer since June 2004. He is currently Chair of the Banking Association SA (BASA). He was previously an executive director of BoE Limited and, after the merger between Nedbank Limited, BoE Bank Limited, Nedcor Investment Bank Limited and Cape of Good Hope Bank Limited in 2003, he was appointed Head of Commercial Property Finance at Nedbank Limited.