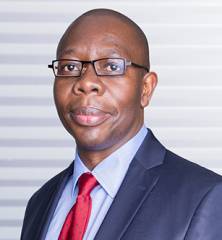 He re-joined Barloworld in 2007 (having previously joined in 1993 until 1996) as CEO of the Equipment South Africa Division. Subsequently, combined with his role in 2009, he was appointed Chairman and Executive Director of the Equipment Division in Angola, Botswana and Namibia and in 2010, Chairman and Executive Director of Barloworld Power Southern Africa. Dominic was promoted to Chief Operating Officer of Barloworld Equipment South Africa and subsequently in 2014 was promoted to Chief Executive Officer of Barloworld Equipment southern Africa. As of 1 April 2016 he became Deputy CEO for Barloworld Group following which he took over the role of Group CEO on 1 April 2017.

Dominic has over 30 years of operational, entrepreneurial and transactional experience gained in various sectors and industries that are crucial to the Southern African, European and Russian economies in which Barloworld operates. He has worked for global companies such as Shell Chemicals and Sasol Oil and was the founding CEO of Exel Petroleum.  He has also held senior roles in Afgri Limited and Eskom Enterprises.

He has two sons and has interests in art, jazz, travel and golf.